This last week or so was pretty productive! I think the world ended a few times, the general state of everything everywhere got worse, and several of the things you always thought were good have apparently been for evil and malevolent causes all this time. Welcome to humanity. (Some exaggeration implied.)

Locally, I made a few things! I'd originally written this in chronological order but that didn't work well. No sorting guaranteed from here on.

I made a Dragon Quest IX alchemy thing. You give it the name of an alchemy recipe; it tells you all the ingredients that are needed, and all the ingredients required to make each of those ingredients, and so on (down to ingredients that can't be alchemized). That took a while to make - mostly because of the gigantic file storing all the recipes in the game (that I've discovered) that I typed out by hand. It mostly looks like this.

I worked on Ludum Depot 38 Cool Edition a bit. Ludum Depot 38 is a game eevee and glitchedpuppet made; Cool Edition is an endless (infinity waves) version of that game that I'm working on. Basically I implemented a few suggestions that Opa-Opa gave; read them if you're interested.

I made a program that more or less imports images into Sploder games. (You can't import images in the custom graphics editor, and even if you could, they'd only be 16x16 tiles; which wouldn't be manually feasible for large tiles!) That ended up looking something like this: 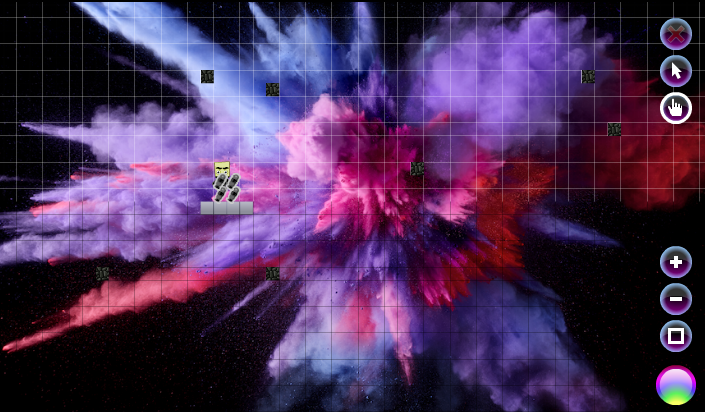 I wrote a bit about it here.

I made a quick "game". It's pretty boring; the main fun of it was implementing the engine behind it from scratch. (The only really useful part was seeing klinklang's object implementation, which was quite possibly stolen from somewhere else. I'd link you to klinklang, but it's a library that's somehow been split up and used in a bunch of eevee's games; it doesn't have any central repository as far as I know, so I'll just direct you to eevee's GitHub page.)

I turned a whole bunch of GameFAQs text into a more human-readable PDF and printed it. I'm pretty satisfied with the result, even though I'll probably never read that guide more than once or twice (and then, only specific parts of it); but then again, that's kind of how references are.

I also technically drew a thing, but I'm not really impressed by it. I didn't really feel like drawing when I made that - you know, that itch to make something and see how it turns out (even if it ends up entirely imperfectly/terribly). So it isn't quite as close to me as some of the other stuff I've drawn (mostly what I've posted on this blog).

So not a horribly boring week! Better than quick update's one (er, three), that's for sure.